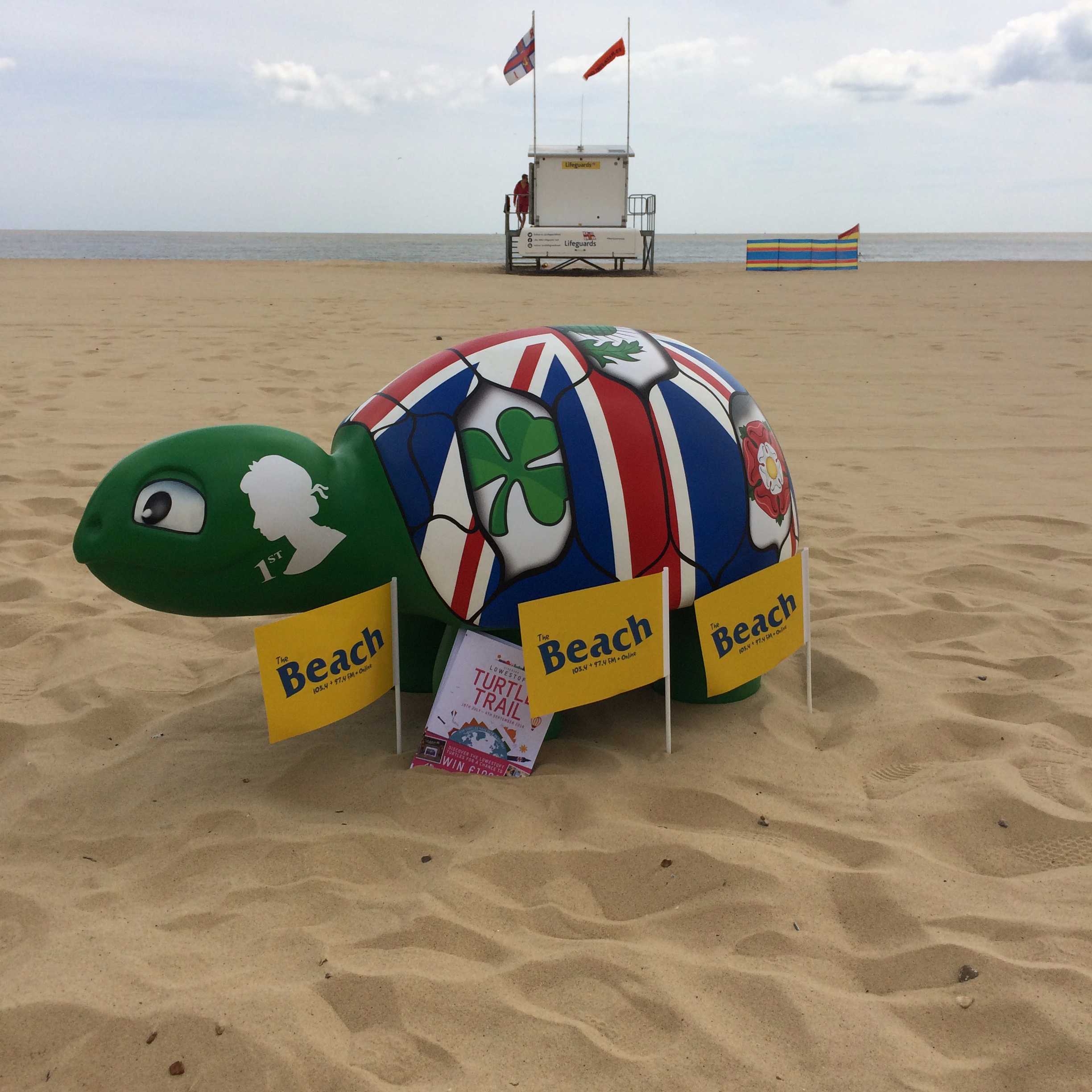 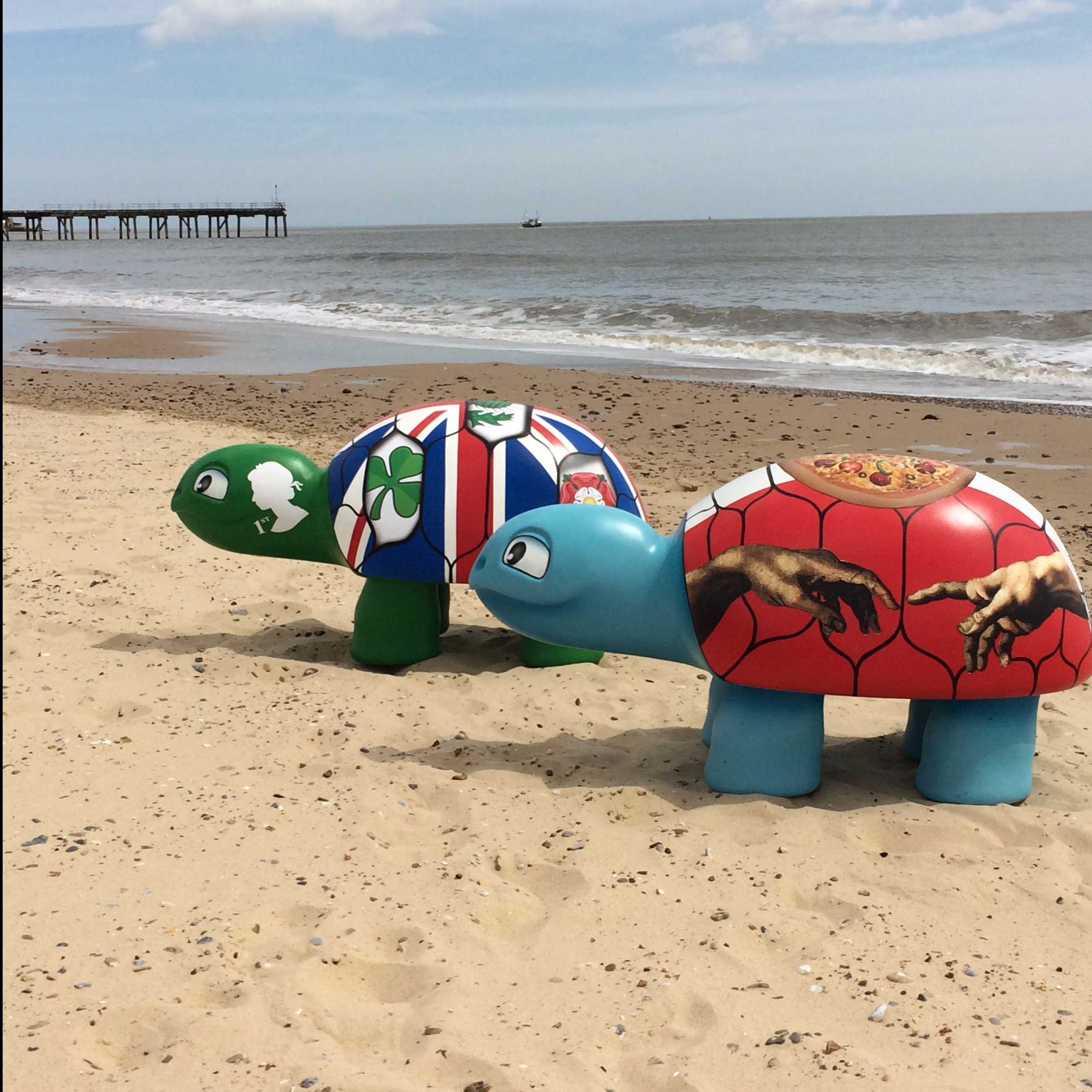 The much loved Lowestoft Turtle Trail returns this Saturday (July 16th) as part of the Lowestoft Summer Festival.

The trail involves discovering 18 giant turtles that have been hidden in businesses around the town centre. This year the trail will be have an international theme to link to events such as the Olympic Games and the recent European Football Championships. The idea is that those taking part in the trail will need to identify the country which the turtle represents.  Each correctly completed trail map will be entered into a prize draw to win a cash prize of £1,000. In addition, there will be weekly prizes on offer.

As part of the launch event, organiser Lowestoft Vision has announced the first of the weekly competitions. Families completing the Turtle Trail over the opening weekend (July 16th & 17th) will be entered into an additional prize draw. The winner who will be selected at random will receive a photoshoot with canvas print from Picture Studios, coffee vouchers with Sam’s Coffee House and a candy basket thanks to IJustWanna.

On Saturday, there will be a range of turtle-based fun to enjoy. Craftmania will be hosting a turtle art activity from 10am – 4pm in their store located on Milton Road East. Customers can create their own Decopatch turtle and take away as a souvenir.

Greggs will be entertaining with a turtle cup cake decorating session for children, which after decorating they can ensure they taste as good as they look.

Those taking part in the trail can also keep a look out for the Teenage Mutant Ninja Turtles who will be in the town from 10am.

Darren Newman, Lowestoft Vision BID Manager, said ““Lowestoft Vision has designed the trail as part of our commitment to make the town more appealing to customers.
“We are really excited to finally launch this year’s Turtle Trail and hope that visitors and the community enjoy discovering the turtles”.

Five of the turtles for this year’s trail have been designed by local primary schools following a competition. The remaining turtles were designed and all decorated by local company Scenic Projects.

Lowestoft Turtle trail maps are available from businesses in the town centre and Lowestoft Library.   For further information on the trail see www.discoverlowestoft.co.uk  and look out for future Turtle Trail competitions and post your turtle Shelfies to www.facebook.com/discoverlowestoft or @DiscLowestoft on twitter