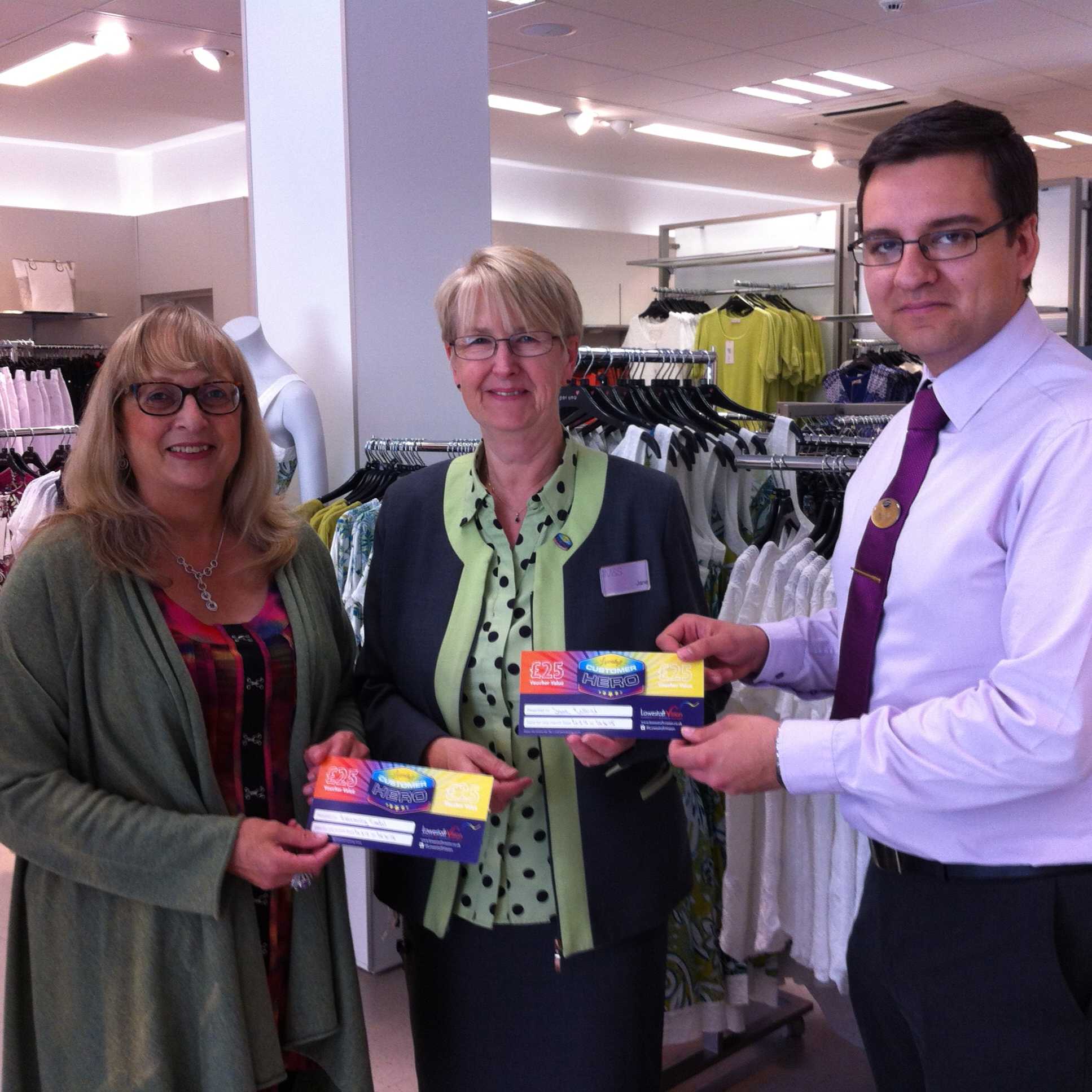 This week Jane Collier from Marks and Spencer was awarded her customer hero badge and voucher following a nomination from Rosemary Cooper. Rosemary who nominated Jane for helping her to choose a fabulous new outfit to wear, Jane spent time taking pictures of Rosemary from her phone whilst trying on many garments so she could finally choose which looked and fitted the best.  Jane joins Tony wood from Hi-tech and Dan & Claire Bogan from Oregano health foods as town customer Heroes.

On receiving the award from Rosemary and David Lewis from Boots UK, Jane said “I thank Rosemary for her kind and thoughtful nomination, I am happy to accept the award and prize on behalf of all my friends and colleagues at Marks and Spencer, we all work hard together to provide the best shopping experience for our customers”.

Darren Newman from Lowestoft Vision who manage the campaign said” it is great to be able to reward individuals who go the extra mile and create an appealing environment for shoppers to the town”.

Lowestoft vision received over 50 nominations from customers for staff in town centre businesses. From these nominations Lowestoft Vision and the Healthy High Street Partners judge each entry to find a suitable winner.

David Lewis Boots Store Manager and member of the Healthy High Streets team said, “The standard of nominations which we receive continues to be very high and in is always difficult to select a winner. However the nomination we received for Jane demonstrated exactly what we are looking for in our town customer heroes.

Shoppers to Lowestoft can continue to nominate their customer hero by completing the nomination cards which can be found in shops throughout the town centre and historic High Street.