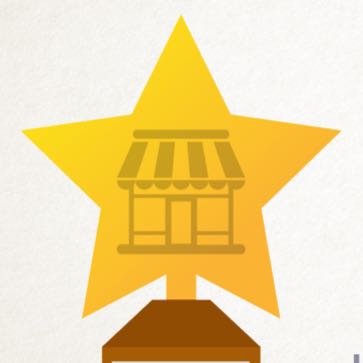 Lowestoft town centre has today been given a cash boost and named a “Rising Star” in the Great British High Street competition.

Last week the nationwide competition revealed the twenty-one best high streets in Britain – three finalists in each of the seven categories.

Lowestoft just missed out on the final but the judging panel were so impressed by the great strides made in improving their local high street that they awarded them a special Rising Star award and £1,000 cash.

“We had a record amount of high-quality entries to this year’s competition –testament to the pride local people have and brilliant work being done to boost Britain’s high streets.

“The local high street is the life and soul of many towns, villages and cities across the country and these awards are a great opportunity to not only celebrate those that are the best of the best, but also to help others learn their valuable tips for success.”

The Great British High Street Competition 2015 – sponsored by Boots, Costa, Post Office, Marks and Spencer and Tesco – is now in its second year and is one of a number of initiatives to help champion high streets as the cornerstones of the community.

These include a billion pound package of investment ranging from targeted business rate discounts, sensible planning changes and action that reins in over-zealous parking practices.

Winners in each of the seven categories will get a share of a prize pot worth £80,000, which includes expert training and tailor-made tips from Google’s training taskforce for one hundred of their shops, bars and restaurants.

“We’re proud of Lowestoft being recognised as a high street on the up and we hope this will be a real boon for the town.

“Lowestoft Vision with Lowestoft & Waveney Chamber of Commerce have been working extremely hard to make Lowestoft a More Secure, More Appealing and More Attractive place to live and work and we’ll use this Rising Star award to spur us and win next year’s competition.”

This year’s competition saw a record 230 applicants and now, for the first time, the public has the chance to vote directly for their best-loved high street online. Between now and November you can cast your vote for free via thegreatbritishhighstreet.co.uk or on Facebook.

Alongside the public’s votes shortlisted towns will also be inspected by the Future High Streets Forum judging panel – made up of industry leaders from across retail, property and business.

1.    The Great British High Street competition is run by the Department for Communities and Local Government and sponsored by Boots, Costa, Post Office, Marks and Spencer and Tesco.

2.    The Google Digital Garage on Tour is a workshop which includes sessions for businesses on finding and keeping customers online and the chance to have one-to-one consultations with Google specialists to chat through their businesses digital needs.

3.    For more information or to vote for your high street visit the Great British High Street website