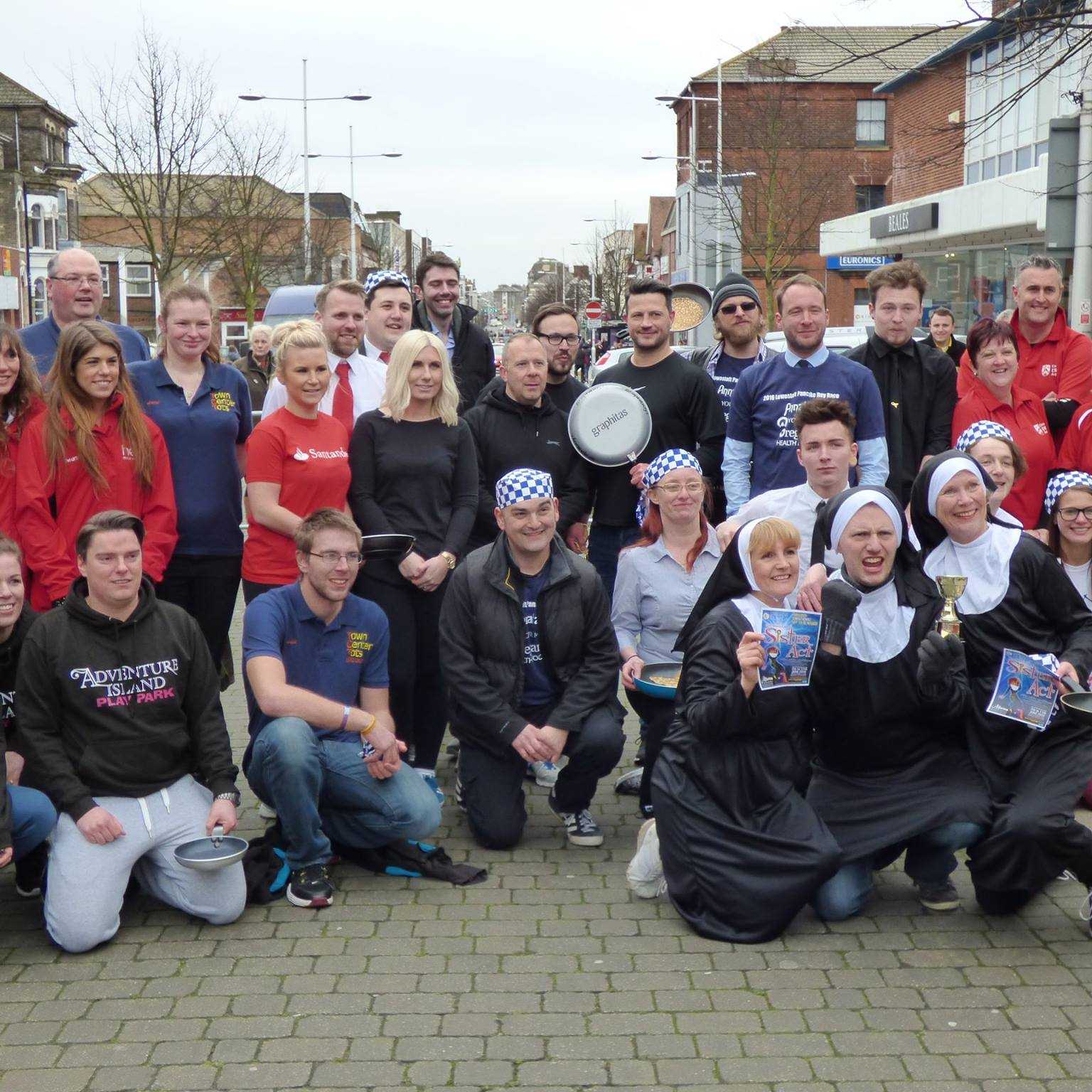 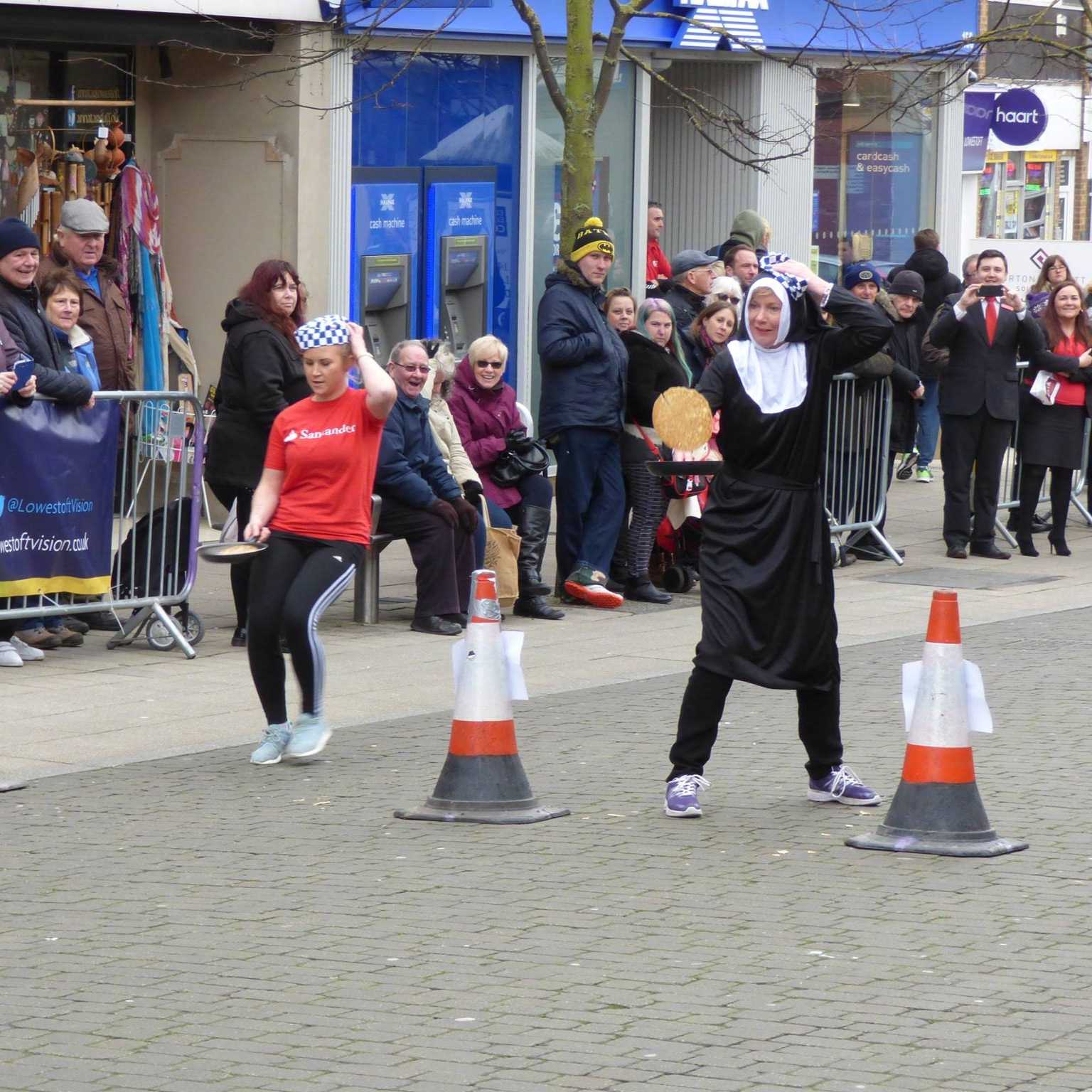 Popular theatre group The Lowestoft Players proved to be kings of the flippers as they beat 20 other local teams to be crowned Lowestoft Pancake Day race champions 2016.

Heat 1 was between Pixel Bear (Picture Studios) Woody Bear, (Pleasurewood Hills) and Pirate Pete (adventure Island).  Woody Bear progressed to the final, after Pirate Pete received a warning from the judges for cheating.

The second heat was between Access Ant (Access Community Trust), Freddy the Frog (First Buses) and The Beach Bunny (The Beach).  Freddie the Frog was at a disadvantage due to his webbed feet and the Access Ant was able progress through to the final.

The final heat was between Lowestoft Mascot Kipper, Ritchie (Richardson’s Family Bowl), and Pandora bear (Uplands Pre School). A confident display from Ritchie helped him reach to the final.

The final included both the 2014 and 2015 champions, The Access Ant thought the title was his until he dropped the pancake giving Ritchie the advantage. Ritchie took the lead and was unstoppable as he crossed the line to become 2016 mascot champion.

The main event got under way with 20 teams taking part in a 3 man relay race which included having to wear the chef’s hats.

Heat 2 was a battle between the local media, Graphitos (Graphitas) and the Lowestoft Journal who took advantage of some spillages by the radio stations The Beach and Heart who both dropped their pancakes, allowing them to make it through to the next round.

In heat 3, Iceland who had previously won the event in 2012, 2013 and 2014 were surprisingly knocked out along with the Marina Theatre by the Joseph Conrad and Sentinel Leisure Trust.

A comical heat 4 began with The Fast Trackers (Argos) dropping their pancake a number of times to hand an easy win to The Flippers and Town Centre tots.

In the final heat Santander and Lowestoft Players advanced over Adventure Island and McDonalds.

All 3 semi-finals were very close with the Flippers looking certain to book a place in the final only to drop their pancake in the last 2 metres and having to start again.  Defending champions Wilco also fell short and were eliminated leaving the final between Graphitos, The Joseph Conrad, Town Centre Tots and the Lowestoft Players.

The final was very close, Graphitos looked to take a small lead before the judges called them back to run the leg again after failing to flip the pancake correctly. This left the door open for The Lowestoft Players who took their first title after entering the race for 15 years.

A big thank you to everyone who took part.